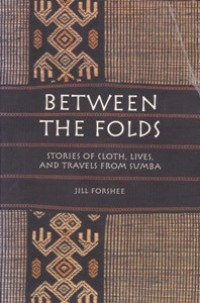 Between The Folds: Stories of Cloth, Lives, and Travels from Sumba

Textile have long been integral to the social life and cosmology of the people of East Sumba, Indonesia. In recent decades, Sumbanese have entered a larger world economy as their textile have joined the commodity flow of an international “ethnic arts” market stimulated by Indonesia’s tourist trade. Through the individual stories of those involved in the contemporary production and trade of local cloth- including animist, Christians, and Moslems; Sumbanese, Indonesian Chinese, and Westerners; inventive geniuses, master artisans, and exploited weavers; rogues, entrepreneurs, nobles and servants- a vivid coconut emerges of the inner workings of a so-called “traditional” society and its arts responding inventively to deacdes of international collecting.

This publication has been supported in part by Australian Research Council